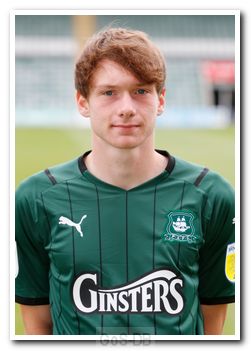 From Gunnislake, Shirley began his football in the Devon Junior and Minor League with Callington Colts and then Marine Academy Plymouth, where his express pace brought him to Argyle's attention. He also attended the Independent Football Academy (IFA) in Saltash.

At the age of 16 in the summer of 2019, Shirley joined Argyle's academy, where he signed a full-time apprenticeship contract. However, his bright start with the under-18s was curtailed by the COVID-19 pandemic, with football severely impacted throughput most of 2020 and early 2021. In the summer of 2021, Shirley enjoyed pre-season training sessions with the senior squad, and was selected for warm-up friendlies, most notably scoring a fine goal in Argyle's 7-0 win at Saltash.

Having impressed manager Ryan Lowe, the 18-year-old striker was rewarded with a place on the bench for the first team's early matches in the 2021-22 season, and made his Football League debut as a 76th minute substitute at Rotherham in the first game of the campaign. Later that August he scored his first senior goal, in a 4-1 EFL Cup defeat at Swansea.

Greens on Screen is run as a service to fellow supporters, in all good faith, without commercial or private gain.  I have no wish to abuse copyright regulations and apologise unreservedly if this occurs. If you own any of the material used on this site, and object to its inclusion, please get in touch using the 'Contact Us' button at the top of each page. Search facility powered by JRank Search Engine. Hover facility courtesy of Milonic. UK time at page load: 27 October 2021, 23:35.