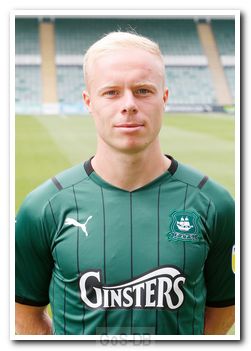 Came from: Peterborough United   Went to:

Born in Newport, Wales, Broom graduated from Bristol Rovers' youth set-up in 2015 and made his professional debut that August as a second-half substitute in a League Cup defeat by Birmingham City. Seven months later he made his Football League debut as a second half substitute against his hometown club.

After a series of loan spells at Taunton Town, Bath City and Eastleigh, Broom made the move to Cheltenham Town in the summer of 2018. In May 2019, after 48 appearances in his debut season, he signed a new two-year contract with the club. In his second season he helped Cheltenham reach the League Two playoffs and was rewarded at the end of the 2019-2020 campaign with three end-of-season awards, including Cheltenhams player of the year.

Despite another year on his contract, Broom stepped up a division in August 2020 when he signed a three-year deal with League One Peterborough United. He made his Posh debut in September 2020, coincidentally against Cheltenham, when his former club knocked his new team out of the EFL Cup.

The 24-year-old midfielder became Ryan Lowe's eighth signing of the summer when he arrived at Home Park on a season-long loan a week before the start of the 2021-22 campaign.

Greens on Screen is run as a service to fellow supporters, in all good faith, without commercial or private gain.  I have no wish to abuse copyright regulations and apologise unreservedly if this occurs. If you own any of the material used on this site, and object to its inclusion, please get in touch using the 'Contact Us' button at the top of each page. Search facility powered by JRank Search Engine. Hover facility courtesy of Milonic. UK time at page load: 23 January 2022, 08:55.