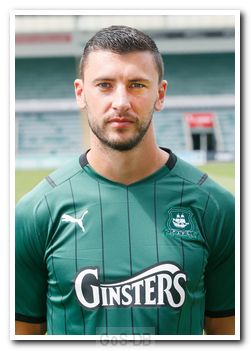 Came from: Ipswich Town   Went to:

Born in Chepstow, Wilson began his career in the youth system at Bristol City, although his Football League debut came in August 2008 when on loan at Brentford, where the 19-year-old helped the Bees to the League Two title during his three-months at Griffin Park.

He returned to Bristol to make his debut for the Robins in November 2008, but re-joined Brentford on a half-season loan in League One the following season. He then found it hard to re-establish a place in City's side until the 2011-12 campaign, when he notched up 23 Championship and cup appearances.

Capped for Wales at under-19 and under-21 levels, Wilsons development at Ashton Gate earned him a call-up for his country's senior side in October 2013, making his debut in a 1-1 draw against Belgium in a World Cup qualifier in Brussels, where he appeared as a 57th minute substitute to face the likes of Romelu Lukaku and Kevin De Bruyne.

Following a month's loan at nearby Cheltenham Town, Wilson made a permanent switch to Oldham Athletic in January 2014, and hardly missed a League One game over the next two and a half years. In the summer of 2016, after 109 appearances in Greater Manchester, he rejected a further contract offer and instead moved to Sheffield United, where he won a League One winners medal in his first season with the club.

Finding first team opportunities limited after the Blades elevation to the Championship, Wilson enjoyed a successful loan move to Walsall before joining Lincoln City on a permanent deal in January 2018. A broken ankle limited his first team opportunities but he recovered to make 16 appearances for the Imps in their 2018-19 League Two title-winning season, pipping Ryan Lowe and Steven Schumachers Bury to the title.

In August 2019 Wilson moved on to Ipswich Town, where he was a regular in his first season with the club, a campaign that was cut short by the COVID-19 pandemic. Despite an injury that kept him out for four months of his second season, Wilson was named in May 2021 as Ipswich's Player of the Year. However, just days later, he was released by the Suffolk Club.

Ryan Lowe was quick to react. Having identified Wilson as his first-choice target, the Argyle manager signed the 32-year-old centre-back a fortnight later, so becoming the Pilgrims' first new face of the summer.

Greens on Screen is run as a service to fellow supporters, in all good faith, without commercial or private gain.  I have no wish to abuse copyright regulations and apologise unreservedly if this occurs. If you own any of the material used on this site, and object to its inclusion, please get in touch using the 'Contact Us' button at the top of each page. Search facility powered by JRank Search Engine. Hover facility courtesy of Milonic. UK time at page load: 23 January 2022, 08:47.