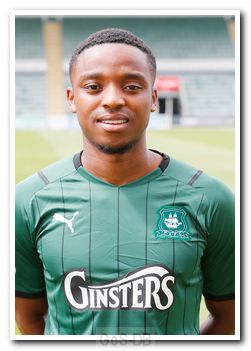 Came from: Wolverhampton Wanderers   Went to:

Born in Wolverhampton, Ennis joined his hometown club at the age of eight. The pacey striker impressed as he progressed through the youth ranks and was a given a professional contract in November 2015, effective the following summer after his 17th birthday, following reports of keen interest from top-flight giants Manchester United and Chelsea.

In January 2016 Ennis broke a fibula. After many frustrating months, he recovered for the 2016-17 season, only to suffer another fibula fracture ten months after the first, when thought to be close to first-team selection. After surgery, Ennis recovered once more and joined League One side Shrewsbury Town on a season-long loan in July 2017, but a knee injury restricted him to just two appearances and he returned to Molineux that January.

Ennis, capped for England at under-17, 18 and 19 levels, made his Wolves first-team debut in February 2019, coming off the bench in an FA Cup fourth-round victory over his former loan side at Molineux. He signed another three-year deal in the summer of 2019 and toured China with the first-team during Wolves' pre-season, making an appearance off the bench in a 4-0 Premier League Asia Trophy win over Newcastle United.

Whilst Wolves were in China, Ryan Lowe was reported to be interested in bringing Ennis to Home Park on loan for the 2019-20 season. However, after his return to England, Ennis joined League One Doncaster Rovers for the forthcoming campaign, where he made 32 appearances and scored six times, his first senior goal coming in spectacular fashion from 25 yards.

Ennis spent the first half of the 2020-21 season on-loan at Argyles League One rivals Burton Albion, making 10 appearances without scoring. It was then that Lowe got his man; the 21-year-old was recalled by Wolves so he could sign for the Pilgrims in the January 2021 transfer window on a two-and-a-half-year deal for an undisclosed fee.

Greens on Screen is run as a service to fellow supporters, in all good faith, without commercial or private gain.  I have no wish to abuse copyright regulations and apologise unreservedly if this occurs. If you own any of the material used on this site, and object to its inclusion, please get in touch using the 'Contact Us' button at the top of each page. Search facility powered by JRank Search Engine. Hover facility courtesy of Milonic. UK time at page load: 02 July 2022, 05:33.