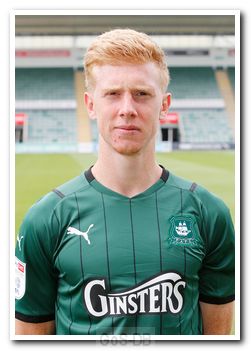 A left-back from Kingsteignton, Law was spotted playing for his local side Chelston Juniors as an eight-year-old, and joined Argyle's Academy as an under-nine in September 2008. Progressing though the junior ranks, he went on to make three appearances for the under-18s in the 2015-16 seasons successful South West Youth Alliance campaign, and also competed in mens football in a number of Peninsula games along with appearances in the Merit League 1 fixtures. He was also part of the successful FA Youth Cup team that overcame Manchester City and Burnley in the 2017-18 season. This resulted in Derek Adams offering Law a one-year professional contract in summer 2018.

Law's first team debut came alongside a number of other academy prospects in a 'dead rubber' EFL Trophy tie at Newport County in November 2018 after Argyle had lost their first two games in the group stage. A loan move to National League South side Gloucester City followed, but injury curtailed that experience and he returned to Home Park to feature in the Pilgrims' Premier League Cup and Central League campaigns.

Having signed a contract extension in the summer of 2019, Law moved on loan to Paul Wottons Truro City on an initial deal to January that was then extended to the end of the season, although in March the campaign was cut short by the COVID-19 pandemic. After good reports, in June 2020 he accepted Ryan Lowe's offer of another contract at Home Park.

Greens on Screen is run as a service to fellow supporters, in all good faith, without commercial or private gain.  I have no wish to abuse copyright regulations and apologise unreservedly if this occurs. If you own any of the material used on this site, and object to its inclusion, please get in touch using the 'Contact Us' button at the top of each page. Search facility powered by JRank Search Engine. Hover facility courtesy of Milonic. UK time at page load: 23 January 2022, 09:47.