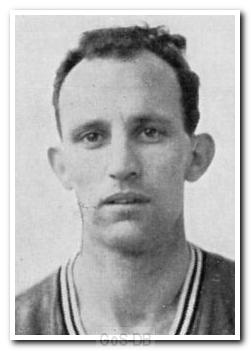 Plymouth-born Wyatt joined Argyle in 1950 from Astor Institute, having played for Plymouth Schoolboys and Oak Villa. As a youngster he had starred as an inside-forward, but found it hard to break into the team at Home Park in this position. It took five years before he made his Argyle debut and soon after he moved into defence, first at full-back, then as a centre-half. He was a regular choice in his new position for nearly three years and helped the club win the Third Division title in 1959. Competition for places saw his appearance totals dwindle between 1960 and 1964, at which time he left to spend three seasons with Torquay United. He ended his career with non-league Wadebridge Town.

Greens on Screen is run as a service to fellow supporters, in all good faith, without commercial or private gain.  I have no wish to abuse copyright regulations and apologise unreservedly if this occurs. If you own any of the material used on this site, and object to its inclusion, please get in touch using the 'Contact Us' button at the top of each page. Search facility powered by JRank Search Engine. Hover facility courtesy of Milonic. UK time at page load: 17 May 2021, 17:05.