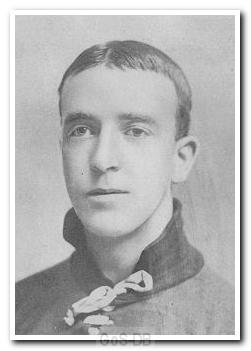 Wood was born in Tooting in 1889 and played for Bromley before joining Tottenham Hotspur in 1908. He was also selected four times for the London amateur representative side in 1907. He failed to make any first team appearances whilst at White Hart Lane and moved on to Crystal Palace the following year. After playing just once for the Eagles he joined Argyle in the summer of 1910, and was described by the club handbook as "a re-instated amateur, an artistic inside-left'.

After beginning the season in the first team Wood lost his place and, despite a couple of appearances towards the end of the campaign, left to join Croydon Common. During his only season with the Robins he played 37 times, scoring 18 goals. In March 1912 Wood signed for Chelsea, but did not play for the first team there before moving on to Stockport County 15 months later. He spent two seasons with Stockport, making 60 appearances and scoring 12 goals. After a brief spell with Stalybridge Celtic in 1915 he enlisted with the Football Battalion of the Middlesex Regiment. Sergeant Norman Wood was killed in action at Delville Wood on July 28th 1916, during the Battle of the Somme.

Greens on Screen is run as a service to fellow supporters, in all good faith, without commercial or private gain.  I have no wish to abuse copyright regulations and apologise unreservedly if this occurs. If you own any of the material used on this site, and object to its inclusion, please get in touch using the 'Contact Us' button at the top of each page. Search facility powered by JRank Search Engine. Hover facility courtesy of Milonic. UK time at page load: 18 June 2021, 15:35.