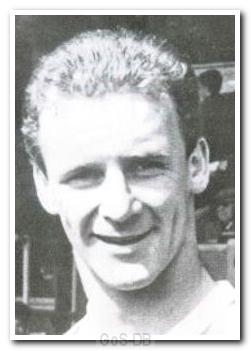 When defensive lynchpin Andy 'Jock' Morrison sustained a suspected broken leg in September 1992, manager Peter Shilton put out a desperate appeal for reinforcements. Alan Walker - a veteran defender who had recently left Gillingham - answered the call. Much to Walker's dismay, however, he had barely shaken hands with his new manager on a short-term deal when Morrison delivered the news that his leg wasn't broken after all. Nevertheless, Shilton honoured Walker's month-long contract and gave him two first team starts, home games against Leyton Orient and Stoke. With Morrison back to full fitness, Walker left to sign for Mansfield Town.

Greens on Screen is run as a service to fellow supporters, in all good faith, without commercial or private gain.  I have no wish to abuse copyright regulations and apologise unreservedly if this occurs. If you own any of the material used on this site, and object to its inclusion, please get in touch using the 'Contact Us' button at the top of each page. Search facility powered by JRank Search Engine. Hover facility courtesy of Milonic. UK time at page load: 04 December 2021, 04:40.