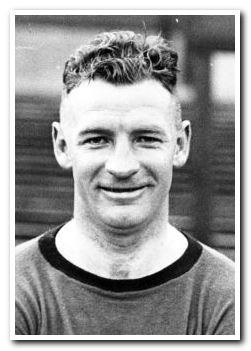 Born in Portsmouth, Vidler joined Argyle from the Army and immediately started scoring with unerring regularity. He was a left-sided forward who could unsettle defenders with his determination and bustling style, and in 11 seasons at Home Park he amassed more than 250 appearances and over a century of goals, placing him 6th in the all-time goalscoring list.

In his time at the club he netted six hat-tricks and became one of a select band to have hit four in a game when he scored all the goals in a 4-1 home win over Norwich City in April 1930. He played a key role in one of the two instances of the club's largest victory, a hat-trick in the 8-1 home win against Millwall in January 1932 - a week after scoring in the 4-1 FA Cup defeat of Manchester United - and three years later he finished the season as the club's leading scorer with 21 goals.

Vidler's time at Home Park ended with a move to Bristol City in the summer of 1939, just before the outbreak of the Second World War. After the 1939-40 League programme was abandoned, he continued to play for City in the South West Regional League, which included two returns to Home Park at the age of 35  a 6-0 drubbing for the Bristol club in October 1939 followed by a 10-3 hammering in February 1940  an unfortunate end to the career of a true Home Park legend.

Greens on Screen is run as a service to fellow supporters, in all good faith, without commercial or private gain.  I have no wish to abuse copyright regulations and apologise unreservedly if this occurs. If you own any of the material used on this site, and object to its inclusion, please get in touch using the 'Contact Us' button at the top of each page. Search facility powered by JRank Search Engine. Hover facility courtesy of Milonic. UK time at page load: 07 May 2021, 19:30.