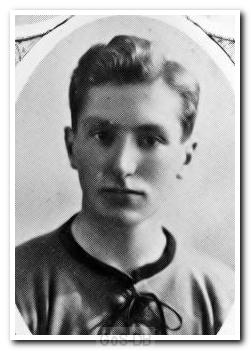 Came from: Looe   Went to: Arsenal

Born in Looe, Bowden started out in Cornish football with his local team. After scoring over 100 goals for Looe in one season as a 17-year-old, he signed for Argyle, despite some initial doubts about his frail physique. Mindful of introducing him to the step-up too quickly, manager Bob Jack allowed him just one appearance in his first 12 months with the club, but four goals in the last two games of his second season earned him the No 9 shirt for the start of the next campaign and he went on to bang in 22 goals in 32 games that year. He was a graceful player with supreme ball control and word soon spread of his ability. He was called up to an FA select side to tour Canada in 1931 and scored 5 goals in the first game of the tour.

In his seven seasons at Home Park, Bowden achieved the rare ratio of more than one goal every two games, and his total of 85 goals places him at number nine in the all-time goal scoring list. He stayed with Argyle until 1933 when he was snapped up for Arsenal by the famous Herbert Chapman. The transfer fee, £5,000, was the highest ever paid by the Gunners and the record received by Argyle. Ironically, he was signed as the intended replacement for David Jack, the former Pilgrim who was also the Argyle manager's son.

With Chapman's death the following year, the Cornishman became the Arsenal legend's last major signing. He scored on his Arsenal debut and picked up two Championship medals and an FA Cup winners' medal during his time with the Gunners. His tireless running and intelligent passing earned him the nickname of 'Football's Professor', and just over a year after leaving Home Park he earned the first of six full England caps. Although a modest total for such a talented player, his international achievements were notable because he was the first to progress through the Argyle ranks and go on to full international honours. After 42 goals in 143 games for the London side, he then spent two years with Newcastle United, scoring 6 goals in 48 games, including a hat-trick in his last professional appearance before the Second World War cut short his career.

He returned to Plymouth after the War and, for many years, ran a sports shop in the city with his brother. He lived his final years in a Plymouth residential home until his death in 1998. Among his most treasured possessions was a letter from Arsene Wenger, saying how proud the French manager was to serve a club that had been graced by the likes of Bowden.

Ray Bowden was 17 and playing for Looe when he came to Argyles attention. After all, a player who scores over 100 goals in a season for his club, even in junior football, can hardly be overlooked. There was no questioning his talent but there was some doubt in the mind of Robert Jack as to whether Bowdens rather frail physique would stand the rigours of League football. So his introduction to the Third Division was a gradual one. One game in the spring of 1927 - when the critics shook their heads and agreed that the doubts about his strength were probably justified - was followed by two more a year later, games which produced four goals for Bowden and led those critics to wonder whether there was something about the frail young Cornishman after all.

By the following season, there was no doubt at all. Ray Bowden was in the Argyle team on merit and, although he never repeated that ratio of two goals per game, as in 1928, his scoring record over the seasons was enough to satisfy most managers. It was certainly enough to attract the attention of Arsenal. Officials of the London club made three trips to Plymouth before they could persuade Ray Bowden to forsake the Argyle forward line which included Jack Leslie and Sammy Black.

In fact, Bowden was out of the Argyle side, nursing an injury, when he finally signed for Arsenal in March 1933, for £5,000, then a record for the Gunners and obviously a record incoming fee for Plymouth. He had toured Canada with an FA team in 1931, while an Argyle player. Just over a year after leaving Argyle, he won the first of the six England caps he was awarded with Arsenal. He subsequently played for Newcastle United and returned to Plymouth when his playing days were over to open a sports outfitters shop.

Greens on Screen is run as a service to fellow supporters, in all good faith, without commercial or private gain.  I have no wish to abuse copyright regulations and apologise unreservedly if this occurs. If you own any of the material used on this site, and object to its inclusion, please get in touch using the 'Contact Us' button at the top of each page. Search facility powered by JRank Search Engine. Hover facility courtesy of Milonic. UK time at page load: 07 May 2021, 20:27.