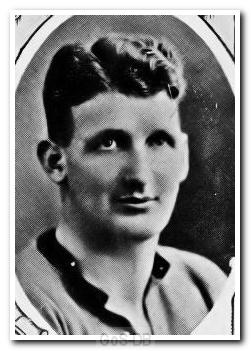 Came from: Southampton   Went to: Retired

Born in Pirton in Hertfordshire, Titmuss began his football career with hometown Pirton United in the Luton Alliance and then Hitchin Town before the outbreak of the First World War, during which he served with the Lancashire Fusiliers. He was spotted playing for an Army representative side by Southampton stalwart Bert Lee, and when the War ended he was invited for a trial with the club. It was to prove a prudent move; in seven years at The Dell he made over 200 appearances and also won two full England caps, both against Wales.

After eventually losing his regular place with The Saints he joined Argyle for £1,750 in 1926 and settled well, captaining the Pilgrims to the 1929-30 Third Division (South) title. In all he made 177 appearances at left-back for Argyle but as with his time with the Saints, never managed a goal. He was not the fastest of defenders but was renowned for his positional sense and as a master of the sliding tackle.

His final game for Argyle, in May 1932, saw the club achieve their highest-ever league finish (fourth in Division Two), a record that was equalled in 1953. After retiring he played non-league football for St Austell and later become a licensee in Plymouth and remained living locally until passing away in 1966 at the age of 68.

Greens on Screen is run as a service to fellow supporters, in all good faith, without commercial or private gain.  I have no wish to abuse copyright regulations and apologise unreservedly if this occurs. If you own any of the material used on this site, and object to its inclusion, please get in touch using the 'Contact Us' button at the top of each page. Search facility powered by JRank Search Engine. Hover facility courtesy of Milonic. UK time at page load: 07 May 2021, 20:59.