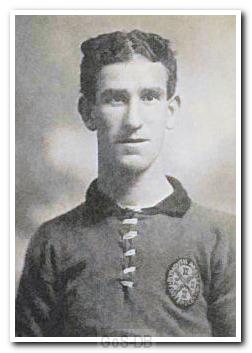 Tainsh was born in Alva, Stirlingshire in 1891. He began his career with his local club, Alloa Athletic, before heading south to join Argyle in April 1912, having played in the Alloa side who were runners-up in that season's Stirlingshire Cup. Alloa had already had players transferred to other senior clubs, including Bradford City, Celtic, Sheffield Wednesday, Derby County and Falkirk. Tainsh was a centre-half, described by the Western Morning News on his arrival as 5ft 10in tall and "very successful and fast". He made his debut for the reserves against the Sherwood Foresters on the Good Friday, but struggled to break into the first team over the next two years, despite the club handbook stating that he was "developing nicely, and will capably figure in the first XI when required".

Tainsh returned to Scotland with Dunfermline in May 1914, and after the First World War rejoined his first club before moving to Southern League Millwall in December 1919, although he made no first team appearances after the south London club entered the Football League the following year. By the 1921-22 season he had joined Dartford - their first season as a limited company - where he was made team captain. After four seasons at Dartford he was believed to be playing football in London for Catford or Catford Southend.

Greens on Screen is run as a service to fellow supporters, in all good faith, without commercial or private gain.  I have no wish to abuse copyright regulations and apologise unreservedly if this occurs. If you own any of the material used on this site, and object to its inclusion, please get in touch using the 'Contact Us' button at the top of each page. Search facility powered by JRank Search Engine. Hover facility courtesy of Milonic. UK time at page load: 19 June 2021, 01:46.