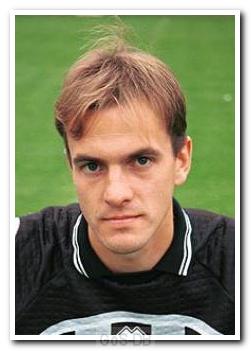 Sheffield was a product of the Norwich City youth system but only played once during his four years at the club. He had two loan spells with Aldershot and a short period at Ipswich Town before moving to Cambridge United, initially on loan and then on a free transfer. He had spells in the first team at Cambridge but also joined Colchester United, Swindon Town and Hereford United on loan during his time there. Moving on to Peterborough United for £150,000, he was their first-choice 'keeper for 18 months before losing his place and being sold to Argyle. Virtually ever-present in his first three seasons at Home Park, he was replaced by Romain Larrieu due to injury and could not regain his place in the team. After leaving Argyle at the end of the 2000-01 season he finished his professional career with three years at Yeovil Town and also went on to play for Saltash United.

One of my favourite memories of cup football ended on a second visit in 14 days to Aggborough. I remember asking dad if the game against Kidderminster could go ahead considering we could hardly see the pitch. Anyway, after the fog took over the stadium by half-time at 0-0 the game was abandoned and we returned two week later to watch what was, in my opinion, one of Jon's best performances in goal since arriving from Peterborough.

I was always fond of Sheffield after that night, which culminated in a pulsating win on penalties 5-4. The only thing that seemed to let him down at the time was his coming out for crosses and I remember the name Dracula murmured any time he came and didn't collect. Anyway, a good solid shot stopper and decent decision and kicking. A good player at that time.

Greens on Screen is run as a service to fellow supporters, in all good faith, without commercial or private gain.  I have no wish to abuse copyright regulations and apologise unreservedly if this occurs. If you own any of the material used on this site, and object to its inclusion, please get in touch using the 'Contact Us' button at the top of each page. Search facility powered by JRank Search Engine. Hover facility courtesy of Milonic. UK time at page load: 17 May 2021, 18:17.