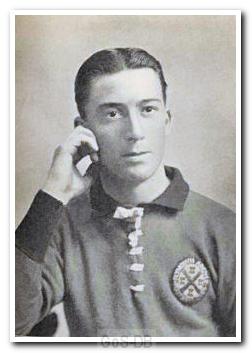 Reed was born in Torquay in 1895 and began his career with hometown side Torquay Town. He spent two years with the club, impressing with his performances on the left wing despite making his debut whilst still only 15. In 1910-11 he helped the club win the Devon Senior Cup and a newspaper report of one of the ties described him as "quick, accurate, fearless, and a good shot". In October 1912 he moved to Home Park, still only 17, but made just three first team appearances before the outbreak of war. Reed also had brief spells with Merthyr Town and Exeter City but it was as a cricketer that he was best known.

In 1911 he joined Torquay Cricket Club as a professional and by 1913 he was engaged as a professional at the County Ground in Exeter. In total he played 18 innings for Devon, averaging over 40, and in 1913 became the youngest player to score a century for the county, a record which stood for almost 100 years. His final game was played on 4th August 1914, the day Britain declared war on Germany. Reed joined the 11th Devonshire Regiment in December 1915 and became a lance-corporal. He was sent to a training camp in Dorset to prepare for the front line, but on 25th April 1916 a grenade he was about to throw exploded in his hand, killing him instantly.

Greens on Screen is run as a service to fellow supporters, in all good faith, without commercial or private gain.  I have no wish to abuse copyright regulations and apologise unreservedly if this occurs. If you own any of the material used on this site, and object to its inclusion, please get in touch using the 'Contact Us' button at the top of each page. Search facility powered by JRank Search Engine. Hover facility courtesy of Milonic. UK time at page load: 18 June 2021, 15:00.