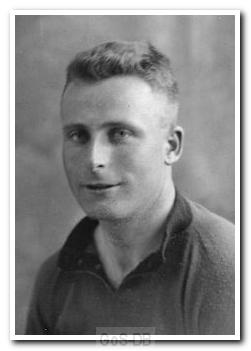 A leading member of the Argyle team in the second half of the 1920s and a near-permanent member of the Pilgrims' half-back line, McKenzie was not blessed with great pace but like many slower players he had the footballing brain to compensate. Born in Lochee in the west of Dundee, he started his career with Scottish junior side Lochee United before joining Newport County, for whom he played 67 times between 1924 and 1925. He the moved to Home Park due to an emerging financial crisis at Newport  his transfer, a record for the Welsh club at the time, helped secure their future.

McKenzie provided sterling service in nearly nine years at Home Park, making over 200 appearances for the club. When his Argyle days were over he returned briefly to play for Newport County again, but his family were settled in the Plymouth area and he returned to the city after his career finished. Some years on his son was selected for England Schools' rugby team whilst at school in Devonport.

Fred lived just across the road and often talked about Argyle, and a nice man to talk to about the Argyle of his era. He would ask me about how Argyle was doing these days. Great memories.

Greens on Screen is run as a service to fellow supporters, in all good faith, without commercial or private gain.  I have no wish to abuse copyright regulations and apologise unreservedly if this occurs. If you own any of the material used on this site, and object to its inclusion, please get in touch using the 'Contact Us' button at the top of each page. Search facility powered by JRank Search Engine. Hover facility courtesy of Milonic. UK time at page load: 08 December 2021, 15:58.