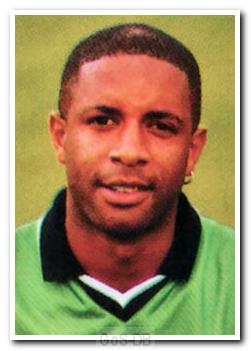 Mauge began his career as a trainee with Charlton Athletic, joining Fulham after being released. He built a decent reputation there with his displays in midfield, which led to a transfer to Bury. While at Gigg Lane he had a short loan spell with Manchester City, and also impressed Neil Warnock in a game against his Huddersfield Town side. After Warnock brought him to Argyle for £40,000 in 1995, he endeared himself to the Home Park terraces with his all-action displays, constant harrying of opponents, winning the ball and playing the simple pass. Mauge will be forever remembered for scoring Argyle's winning goal in the 1996 Division Three Play-Off Final at Wembley. After four years at Home Park he left on a free transfer, joining Bristol Rovers. An injury sustained whilst playing for Trinidad and Tobago led to the end of his professional career after less than three years with Rovers. He went on to play non-league football for St Albans City, Aldershot Town and Whitton United.

Greens on Screen is run as a service to fellow supporters, in all good faith, without commercial or private gain.  I have no wish to abuse copyright regulations and apologise unreservedly if this occurs. If you own any of the material used on this site, and object to its inclusion, please get in touch using the 'Contact Us' button at the top of each page. Search facility powered by JRank Search Engine. Hover facility courtesy of Milonic. UK time at page load: 23 January 2022, 08:41.