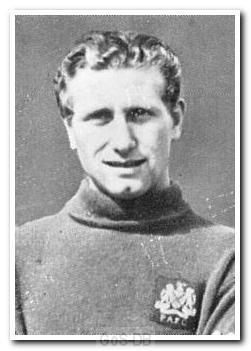 Major was spotted by Leicester City whilst playing schoolboy football for Loughborough side Brush Sports. He spent two years there, playing only occasionally due to the amount of competition at the club for the goalkeeper's jersey. Moving to Argyle on a free transfer, he spent seven years with the club but played a relatively small number of games, serving mainly as back-up for Bill Shortt. Following Shortt's retirement, it appeared that Major would become the first-choice 'keeper at Home Park, but an injury forced him to leave the game at almost exactly the same time.

Greens on Screen is run as a service to fellow supporters, in all good faith, without commercial or private gain.  I have no wish to abuse copyright regulations and apologise unreservedly if this occurs. If you own any of the material used on this site, and object to its inclusion, please get in touch using the 'Contact Us' button at the top of each page. Search facility powered by JRank Search Engine. Hover facility courtesy of Milonic. UK time at page load: 03 December 2021, 12:25.