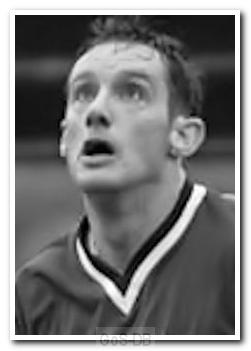 Magee began his career with Scottish junior side Armadale Thistle before joining Partick Thistle in 1991. Despite making only one start for the first team over the following two years, he was signed by Preston North End. A series of injuries, including three broken legs, virtually destroyed any chance he had of making the team at Preston and he was released at the end of his contract. Neil Warnock signed Magee for Argyle in September 1995 but allowed him to leave on a free transfer less than three months later, citing a lack of versatility as a factor, there being no vacancy in the Argyle side for his preferred left-wing position. After spending the remainder of the season with Scarborough, he returned to Scotland with Dundee and went on to play for Livingston, Montrose, Berwick Rangers, East Fife and Montrose before ending his career in his hometown with Bathgate Thistle.

Greens on Screen is run as a service to fellow supporters, in all good faith, without commercial or private gain.  I have no wish to abuse copyright regulations and apologise unreservedly if this occurs. If you own any of the material used on this site, and object to its inclusion, please get in touch using the 'Contact Us' button at the top of each page. Search facility powered by JRank Search Engine. Hover facility courtesy of Milonic. UK time at page load: 06 May 2021, 17:27.