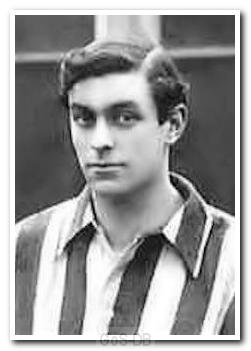 Came from: Clapton   Went to: Clapton

Langhorne, born in Hackney in 1876, was playing as an amateur for Clapton in East London when he was "signed to help Argyle when needed with matches in the London area and Plymouth". A defender, he made just one Western League appearance for the club.

[Grateful thanks to www.claptonfc.co.uk for the photo]

In trying to find a photo of Edwin (which we did as you can see from his profile today, thanks to colleagues at Clapton FC) we found out a little more about the player.

When I found Langhorne I first found a reference to him in January 1904 (2 months before his debut), apparently he agreed to make himself available to Argyle only for matches in the London area. That season, our first professional season, we started with 15 players but when Archie Goodall was poached by us from Derby, the Football League insisted he returned, so we were down to 14 players. In Feb 1904 Wattie Anderson died and the icy pitches and our injuries increased, we had a match coming up against Spurs away on Leap Year Day and Argyle were really short of players. Archie Pinnell was in goal, Clark was out, Cleghorne the trainer played and we had to call on Langhorne who was with Clapton a smaller club than Clapton Orient. The papers already knew he was waiting in the wings to play for us and mentioned him in dispatches before the match that - at last - he might get a game, but it turned out to be his only match for us, and at that level.

As an aside, later in life - 16 years after his game for Argyle - he emigrated to America as there is a record of him arriving on Ellis Island, New York:

Note: some books have Edwin incorrectly listed as Langhan - he is without doubt, Langhorne.

Greens on Screen is run as a service to fellow supporters, in all good faith, without commercial or private gain.  I have no wish to abuse copyright regulations and apologise unreservedly if this occurs. If you own any of the material used on this site, and object to its inclusion, please get in touch using the 'Contact Us' button at the top of each page. Search facility powered by JRank Search Engine. Hover facility courtesy of Milonic. UK time at page load: 06 May 2021, 17:35.