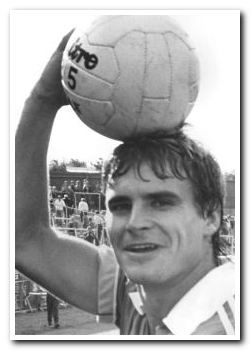 In June 1982, Kemp left England to play in the North American Soccer League (NASL), spending one season with the Edmonton Drillers and one with Seattle Sounders, as well as playing for Tulsa Roughnecks and Chicago Sting (both of whom played in the indoor variant of the NASL). In 1984 he left the NASL, which was fading fast, to play for Oklahoma City Stampede in the even more short-lived United Soccer League. Returning to England, he briefly registered with Wimbledon in 1984, making just one substitute appearance in the League Cup.

Having retired as a player, Dave Kemp's first managerial position was with Swedish club Norrkoping. In 1986 he returned to England again and served on the coaching staff at Wimbledon. In March 1990 he was appointed as Argyle's manager and that summer, partly utilising Kemps connections, the club went on a pre-season tour of Sweden.

Leaving the Hawthorns in July 2017, Kemp announced his retirement from football at the age of 64, to live full-time at his family home in Sacramento, California. However, in January 2018 he was lured back to English football by Tony Pulis to assist with coaching at Middlesbrough. He returned to the States that summer.

Greens on Screen is run as a service to fellow supporters, in all good faith, without commercial or private gain.  I have no wish to abuse copyright regulations and apologise unreservedly if this occurs. If you own any of the material used on this site, and object to its inclusion, please get in touch using the 'Contact Us' button at the top of each page. Search facility powered by JRank Search Engine. Hover facility courtesy of Milonic. UK time at page load: 29 June 2022, 20:06.