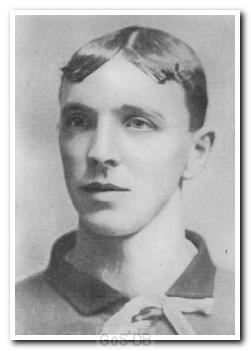 Note: Hosking's forenames were not documented in PAFC or newspaper records, so have been deduced from other evidence. See 'Your Contribution' below for more details.

Born in Plymouth, Hosking played for Green Waves and then Argyle's reserve side, with the club handbook in 1910 stating that he was "destined to make a good reputation". His one appearance for the first team, at right-half, was reported with the words "Hoskings' debut in first-class football was an entire success". What subsequently happened to him is not known, although one source suggests that he returned to Green Waves.

[Note that the quote says Hoskings', with the apostrophe after the s. This implies the name Hoskings, as is also written in one other place in the newspaper report. However, this is very likely a mistake; in three places the handbook quite clearly says his name was Hosking - against his individual photo, under the team photo, and in the list of players for the season.]

Greens on Screen is run as a service to fellow supporters, in all good faith, without commercial or private gain.  I have no wish to abuse copyright regulations and apologise unreservedly if this occurs. If you own any of the material used on this site, and object to its inclusion, please get in touch using the 'Contact Us' button at the top of each page. Search facility powered by JRank Search Engine. Hover facility courtesy of Milonic. UK time at page load: 19 June 2021, 00:34.