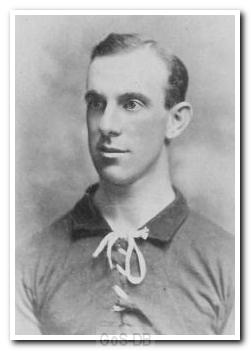 Note: One record book says that Hindmarsh scored the second goal against Southend on 30 Apr 1910, another says it was a second for Raymond. The match report in the Western Morning News and other papers clearly describes the goal scored by Raymond. The overall goal totals for these players are therefore different from at least one other source.

Hindmarsh was born in Whitburn, County Durham in 1885 and played for Whitburn Colliery before joining Sunderland in 1905. He made just one appearance in his single season with the club before moving on to Fulham and Watford, spending a year with each side. In 1908 he signed for Argyle, but a knee injury limited his appearances throughout his first twelve months at Home Park. An inside-left who had also played at left-half, Hindmarsh was considered by the writer of the club handbook to be "one of the cleverest players the club has ever had".

His second season with Argyle saw him score 16 goals in 40 league games but he chose to move on at the end of the campaign, joining Stockport County. There, he played 69 times over the next two years before a similar spell with Manchester City, for whom he made 28 appearances. He went on to play for Newport County, a club he also managed from 1922 to 1935.

Greens on Screen is run as a service to fellow supporters, in all good faith, without commercial or private gain.  I have no wish to abuse copyright regulations and apologise unreservedly if this occurs. If you own any of the material used on this site, and object to its inclusion, please get in touch using the 'Contact Us' button at the top of each page. Search facility powered by JRank Search Engine. Hover facility courtesy of Milonic. UK time at page load: 03 December 2021, 13:40.