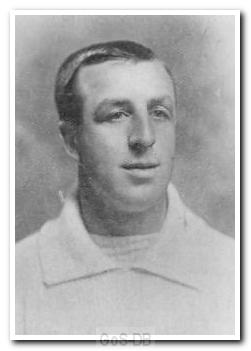 Plymouth-born Haynes was a prominent local footballer for many years before joining Argyle. He began his career with St Andrews and also played for Kitto Institute, Oreston Rovers and Brooklyn before joining the original Argyle FC in 1901. He made 38 appearances for the team during the 1901/02 season but left after just two games of the following campaign when moved by manager Arthur Jackson to half-back from his preferred position of forward.

Haynes immediately signed for Green Waves and scored twice as his new side defeated Argyle 4-3 the following week. He spent three years with Green Waves, playing in the team that defeated Swindon Town in the FA Cup in November 1904, and also turned out for Crownhill in 1902/03, before returning to Home Park as Assistant Trainer in 1905. Whilst still registered as a player, he made a handful of appearances as emergency cover over the next five seasons. In 1910 Haynes was appointed Trainer, a position he held until the 1934/35 season.

Greens on Screen is run as a service to fellow supporters, in all good faith, without commercial or private gain.  I have no wish to abuse copyright regulations and apologise unreservedly if this occurs. If you own any of the material used on this site, and object to its inclusion, please get in touch using the 'Contact Us' button at the top of each page. Search facility powered by JRank Search Engine. Hover facility courtesy of Milonic. UK time at page load: 19 June 2021, 01:40.