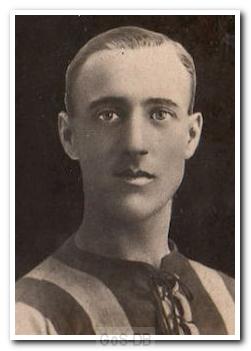 Flood was born in 1896 in Newport, Isle of Wight. At the outbreak of the First World War he joined up and spent over five years with the Royal Garrison Artillery as a bombardier. After serving overseas he was posted to the Citadel in Plymouth and played as a guest for Argyle with the consent of officers in a friendly match in 1918-19, signing for the club on a more formal basis (as an amateur) in December 1919. He had been a prolific goalscorer for the Royal Garrison Artillery, at one stage scoring an incredible 30 goals across just seven games, including six, five, four and three-goal hauls in individual matches.

An inside-forward, he requested his release from the Army in July 1920 and the following month moved on to Hull City. His Army discharge papers stated that he was "One of the best types of Soldier. Smart, honest, sober, reliable. A willing and efficient worker. He is a particularly good sportsman and should readily find a place and prove himself valuable in any high class football or cricket team."

Flood scored 25 goals in 54 games for Hull over the following two years before joining Bolton Wanderers in 1922. He stayed there for just a few months, netting twice in eight appearances, before signing for Nottingham Forest in February 1923. He spent three years at the City Ground, finding the net 21 times in his 97 games. He then spent the first six months of the 1926-27 season with York City, scoring 19 times in their Midland League campaign, before ending his career with a spell at Swindon Town.

Greens on Screen is run as a service to fellow supporters, in all good faith, without commercial or private gain.  I have no wish to abuse copyright regulations and apologise unreservedly if this occurs. If you own any of the material used on this site, and object to its inclusion, please get in touch using the 'Contact Us' button at the top of each page. Search facility powered by JRank Search Engine. Hover facility courtesy of Milonic. UK time at page load: 04 December 2021, 05:15.