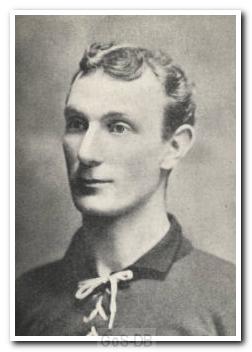 Born in Plymouth in 1882, Baker began his career in local football with Green Waves in 1901. After four seasons with the club, during which he also played for both the Devon County and Cornwall County sides, he left to play in the United States and for De Beers in South Africa. On returning to Devon he rejoined Green Waves before signing for Argyle in 1909.

Baker went on to make over 200 appearances at left-half over the next six seasons, scoring his solitary career goal in a 1-2 home defeat by Bristol Rovers in October 1910, and made his last appearance on 1st May 1915, away at Southend, after which he left for active service. The Argyle handbook described him as "possessed of inexhaustible energy and indomitable pluck".

Baker joined the 17th Battalion of the Middlesex Regiment, which became known as the Footballers Battalion because it contained a plethora of talented footballers during the First World War. Sadly on October 22nd 1916, in Serre, France during the Battle of the Somme, 33-year-old Sgt. Billy Baker made the supreme sacrifice for his country. Awarded the Military Medal, he is commemorated in the Sucrerie military cemetery at Colincamps.

Greens on Screen is run as a service to fellow supporters, in all good faith, without commercial or private gain.  I have no wish to abuse copyright regulations and apologise unreservedly if this occurs. If you own any of the material used on this site, and object to its inclusion, please get in touch using the 'Contact Us' button at the top of each page. Search facility powered by JRank Search Engine. Hover facility courtesy of Milonic. UK time at page load: 19 June 2021, 00:29.