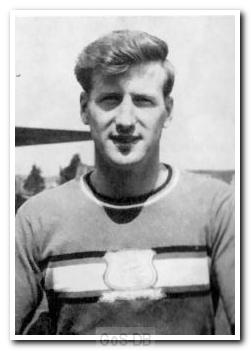 Born in Falkirk, Baird began his football with Armadale Thistle before moving to Partick Thistle in 1954, where he developed into a stylish full-back. He played 139 times for Partick, scoring one goal, and was also capped for Scotland at under-23 level, selected for a Scottish representative side against Jutland in 1959 and played for a Scottish League XI in Dublin a year later.

In September 1960 he moved south to join Nottingham Forest for £10,000, going on to make 32 appearances in a two-year stay. In 1963, Argyle's caretaker manager Andy Beattie, who managed Baird at Forest, brought the 28-year-old to Home Park to begin five seasons with Argyle, mostly at left-back but sometimes on the right or at half-back.

On leaving Home Park in 1968, he moved into local non-league football with Tavistock, where he stayed for two years. However, with his former Partick Thistle team-mate Tommy Ewing appointed manager at Hamilton Academical, Baird accepted the role of first team player-coach and returned to Scotland. He added two further Scottish League appearances to his career tally by turning out for Accies in February 1970, at the age of 34. By now back resident in the Falkirk area, he remained in the locality after leaving Douglas Park and managed Dunipace Juniors in the 1970s, and continued his involvement in the game up until the 1990s when he was the under-18 coach at Stenhousemuir.

Greens on Screen is run as a service to fellow supporters, in all good faith, without commercial or private gain.  I have no wish to abuse copyright regulations and apologise unreservedly if this occurs. If you own any of the material used on this site, and object to its inclusion, please get in touch using the 'Contact Us' button at the top of each page. Search facility powered by JRank Search Engine. Hover facility courtesy of Milonic. UK time at page load: 28 November 2021, 09:26.