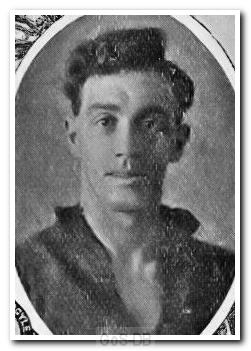 Corcoran was said to be a tough outside-right who "was afraid of no one". He started his career with Bellshill Athletic in 1904 before moving to Mossend Hibernian and then to Clyde in 1912. The following year he moved to Ireland with Shelbourne before returning to Clyde.

He then had a series of loan spells from Clyde, firstly to Royal Albert in May 1916. Three months later he moved the short distance to Hamilton Academical and then had spells with Renton, Albion Rovers, Celtic and once again at Royal Albert. Leaving Clyde, Corcoran returned to Accies in September 1919 for a full season at Douglas Park. In total he made 43 appearances and scored ten times for Hamilton before moving to Bathgate.

It was from Bathgate that he moved south to join the Pilgrims in late 1920, blossoming into a quality winger with Argyle, despite being very tall for the position and lacking pace. However, he did possess excellent ball control and wasn't afraid to shoot from all angles. Whilst at Argyle he was chosen for the Anglo Scots versus the Home Scots International trial match along with his team-mate, Fred Craig.

In the summer of 1924, whilst Argyle were touring South America, Corcoran was nominated to 'miss' a penalty against Boca Juniors, whose fans had already invaded the pitch when they had gone 1-0 up. However he was ushered aside by the competitive Moses Russell, who promptly dispatched the penalty; the pitch was duly invaded again and the game abandoned at 1-1.

In early January 1926 Corcoran was rushed to a nursing home, suffering from appendicitis. He spent two months recovering from an operation, and although he played for the Reserves in the March, the previous Christmas fixtures proved to be his last in the first team. That summer, after five and a half seasons at Home Park, Corcoran left the club, although his destination is unclear. One source suggests he moved to Torquay, but there is no newspaper evidence to back that up. However, in October 1926 he did sign for Luton Town before returning to Scotland to rejoin Bathgate and then a final move to East Stirling in 1927, at the age of 34.

Corcoran never played for Torquay and I'm pretty sure he never signed for Torquay. He left Argyle (WMN 14/8/26) well before he joined Luton (WMN 6/10/26) but this might be explained by his being unfit to play.

You may well be right John. The suggestion comes from 'Plymouth Argyle - A Complete Record 1903-1989' (Brian Knight) but I can't find any newspaper evidence to back that up, so I've toned down the suggestion in the above pen picture. Thanks.

Greens on Screen is run as a service to fellow supporters, in all good faith, without commercial or private gain.  I have no wish to abuse copyright regulations and apologise unreservedly if this occurs. If you own any of the material used on this site, and object to its inclusion, please get in touch using the 'Contact Us' button at the top of each page. Search facility powered by JRank Search Engine. Hover facility courtesy of Milonic. UK time at page load: 04 July 2022, 10:56.