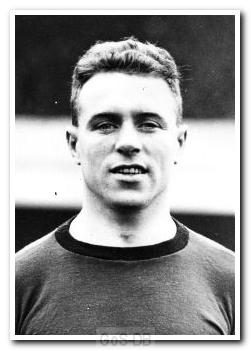 Connor was born in the Garngad area of Glasgow which is now known as Royston. Starting his youth career with St Roch's, he then moved to Celtic in 1932 but was unable to establish himself in the first team, scoring just once in four games. He was loaned to Airdrie in 1932-33 and scored more goals than the number of games he played, 22 goals in 21 games. He repeated the feat in a loan spell with Albion Rovers in 1934, 8 goals in 6 games, before making his move to Airdrie permanent, and in a two year spell scored a very productive 47 goals in 70 games. In 1936 he made the long move south for two seasons at Home Park, scoring 17 goals in his first campaign, including two on his debut. He lost his regular centre-forward place the following season after the arrival of Bill Hullett, Clarrie Bourton and Charlie Fletcher, and deciding his future lay elsewhere, moved to Swansea Town in 1938. He then returned to Scotland to play some wartime matches for Queen of the South, and after the war ended, made six appearances for Alloa Athletic in 1946 and five for St Johnstone the following year. After calling time on his playing career he returned to where it had all began, as St Roch's manager.

Greens on Screen is run as a service to fellow supporters, in all good faith, without commercial or private gain.  I have no wish to abuse copyright regulations and apologise unreservedly if this occurs. If you own any of the material used on this site, and object to its inclusion, please get in touch using the 'Contact Us' button at the top of each page. Search facility powered by JRank Search Engine. Hover facility courtesy of Milonic. UK time at page load: 17 May 2021, 17:36.