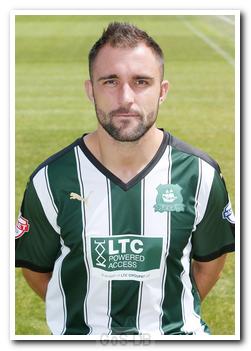 Born in Hartlepool, Hartley started his career on a youth contract with nearby Sunderland in 2000, during Peter Reids tenure at the club. Progressing through the ranks, the central defender signed his first professional contract with the club in 2006, and shortly after  on New Years Day 2007  he made his debut for Roy Keanes side in an away win at Leicester City as an 84th minute substitute. Continuing to figure regularly for the reserves, he was then loaned out to Chesterfield in February 2008 and had his loan extended until the end of the season, making 12 appearances in total. During the latter part of his time at the Stadium of Light, a certain Conor Hourihane was Hartleys boot boy.

Having returned from his loan spell and with no further first team chances forthcoming, Hartley rejected the offer of a one-year contract extension at the end of the 2008-09 season and left the Black Cats, having made just that one league appearance for the Wearside club. He then signed for his hometown team, Hartlepool United, in what was to be a defining move - in his four-year stay he played 166 times and scored 10 goals. In the 2011-12 season he won the Player of the Year Award and was also made captain in October 2012. Whilst at Victoria Park, Hartley also won the League One Player of the Month Award for February 2013.

However, with Pools relegated to League Two, in August 2013 Hartley moved to League One Stevenage for an undisclosed five-figure fee. He played 31 times and scored twice in a difficult season as the Hertfordshire side were relegated. Indeed at the end of the season, as the club restructured for life in League Two, Hartley was released. John Sheridan duly swooped for the vocal Hartley and he signed a two-year deal, becoming the fifth summer signing after Lee Cox, Carl McHugh, Reuben Reid and Deane Smalley as the Pilgrims new side for a promotion push in 2014-15 was assembled.

Hartley amassed close to a century of wholehearted performances in his two seasons at the heart of the Pilgrims' defence, all but one alongside fellow central defender Curtis Nelson and all but two with 'keeper Luke McCormick. His final game was at Wembley in front of a 35,000-strong Green Army when Argyle fell at the final hurdle of the 2016 League Two play-offs. Without doubt his most important goal in green came in the preceding game: an added-time winner on a memorable night against Portsmouth in front of a near-full Home Park.

That summer the 28-year-old turned down the offer of a new contract and signed for Bristol Rovers, newly promoted to League One. A year later, after 25 games and six goals for Rovers, he moved back closer to is native North East when he signed a two-year contract with newly promoted League One rivals Blackpool, where he reunited with two former Pilgrim teammates, Kelvin Mellor and Jamille Matt. However, after making only two appearances in cup competitions, he took a season-long loan to Scottish Premier League side Motherwell in September 2017.

Greens on Screen is run as a service to fellow supporters, in all good faith, without commercial or private gain.  I have no wish to abuse copyright regulations and apologise unreservedly if this occurs. If you own any of the material used on this site, and object to its inclusion, please get in touch using the 'Contact Us' button at the top of each page. Search facility powered by JRank Search Engine. Hover facility courtesy of Milonic. UK time at page load: 27 May 2022, 18:57.