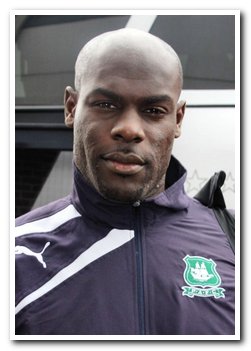 Born in Kilburn, Showunmi began his professional career with Luton Town after a trial with the club in the summer of 2003. His Football League debut came against Argyle at Home Park in the September and later that season he made his international debut for Nigeria. After 114 appearances in three seasons at Luton, Showunmi elected to join Bristol City, where he played 61 times in two seasons, including a two-month loan spell with Sheffield Wednesday in the Spring of 2008. That summer he moved on to Leeds United, playing 28 times across the following 18 months, which included a spell on the sidelines after suffering a serious blood clot on a lung. In January 2010 he headed north of the border to join Falkirk, playing 21 times before being released at the end of the season following the club's relegation.

Returning to England, Showunmi joined Tranmere Rovers in July 2010 and was voted the Player of the Year at the end of his first season. After 17 goals in 79 appearances across two campaigns with the Birkenhead club, he signed a two-year contract with Notts County, where he clocked up another 43 first team appearances and took his overall career goals to 64. In February 2014 he was loaned to Torquay United, and then in late March, just minutes short of the loan transfer deadline, Showunmi signed a deal at Home Park, with manager John Sheridan looking to boost his strike options for a late push for the League Two play-offs.

The move didn't pay off. Argyle's play-off chances faded and with Showunmi failing to register a goal, he was released at the end of the 2013-14 season. In September 2014 he signed for Conference South side Wealdstone and three months later was loaned to Isthmian Premier League Canvey Island in an attempt to get more first team games.

Greens on Screen is run as a service to fellow supporters, in all good faith, without commercial or private gain.  I have no wish to abuse copyright regulations and apologise unreservedly if this occurs. If you own any of the material used on this site, and object to its inclusion, please get in touch using the 'Contact Us' button at the top of each page. Search facility powered by JRank Search Engine. Hover facility courtesy of Milonic. UK time at page load: 07 May 2021, 19:13.