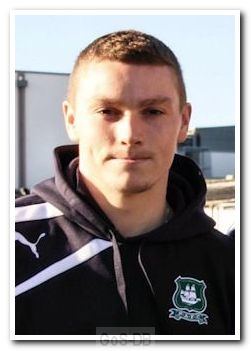 On his return to the Owls, he fired braces for Wednesday in resounding Championship wins over Leeds United (6-0) and Birmingham City (4-1). His progress was then curtailed by a cruciate knee ligament injury but upon returing to match fitness, he teamed up with neighbouring League One Chesterfield on loan in the 2015 January transfer window and scored the winner on debut for the Spireites at Notts County. Lavery ended up mirroring his record at Home Park whilst with Chesterfield, three goals in eight games, before being recalled by Wednesday and making a goal-scoring return to their first team in March.

Greens on Screen is run as a service to fellow supporters, in all good faith, without commercial or private gain.  I have no wish to abuse copyright regulations and apologise unreservedly if this occurs. If you own any of the material used on this site, and object to its inclusion, please get in touch using the 'Contact Us' button at the top of each page. Search facility powered by JRank Search Engine. Hover facility courtesy of Milonic. UK time at page load: 04 July 2022, 11:11.