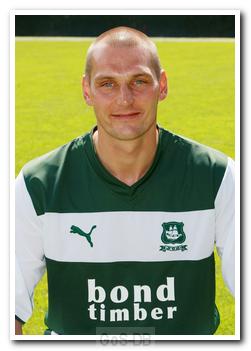 Purse began his career with Leyton Orient, having turned down offers of YTS contracts from both Arsenal and Tottenham Hotspur. He made his professional debut for the O's just days after his 17th birthday and immediately established himself in the first team. He made more than 60 appearances for the club over the next two years and had a brief spell on loan with Finnish side BF-IFK, before being sold to Oxford United in July 1996.

After just eighteen months with Oxford he was transferred to Birmingham City for £700,000, where he played more than 200 games over the next six years. He won two England under-21 caps in 1998 and helped the club win promotion to the Premier League in 2002 and also reach the final of the League Cup in 2001. In June 2004 Purse moved to West Bromwich Albion for £750,000, spending a single season with the club and playing 24 times before moving on to Cardiff City for an identical fee.

He immediately became a fixture at the centre of the Bluebirds' defence and was named team captain. In 2007 he signed a contract extension with the club but shortly afterwards suffered a knee injury which, along with a subsequent infection, led to him losing his place in the side. Purse began the 2008-09 campaign on the bench before a three-month return to the first team. However, after a dispute with manager Dave Jones he was again left out and then released at the end of his contract.

In July 2009 Purse signed for Sheffield Wednesday, soon becoming captain of his new side, and played 70 games over the next 18 months before his contract was cancelled by mutual consent. He then joined Millwall, the club he had supported as a boy, on a short-term contract, which was later extended by a year. In September 2011 he looked set to join Argyle on loan, but the move was blocked by the Football League due to the on-going administration process at Home Park, and Purse moved temporarily to Yeovil Town instead. At the end of this spell he finally made the move to Plymouth, initially on loan in November 2011 and then permanently when the transfer window opened in January 2012, agreeing a six-month contract with an option for a further 12 months.

Purse immediately formed a solid centre-back partnership with Maxime Blanchard and missed only three games, due to a suspension, over the remaining months of the season. Manager Carl Fletcher named him as the club's new captain at the start of the 201213 campaign, but in December 2012 he was transfer listed "with some reluctance" in the hope of releasing funds for recruitment of new players in the January 2013 transfer window. He left Home Park by mutual consent and joined Port Vale, where he was unveiled, in a peculiar twist of fate, on the pitch ahead of Argyle's League Two match there. Purse played 17 games and scored twice for Vale, helping them to promotion to League One, but was not offered a new contract at the end of the season and was released as a free agent, with manager Micky Adams putting this decision down to the defender's age rather than a reflection of his performances.

He then joined Northampton Town on trial in July 2013 but a month later he joined Finnish Veikkausliiga (Premier League) side IFK Mariehamn in the Åland Islands, signing until the end of the 2012-2013 season. He played six games for the club before returning to the UK to join Southern League Premier Division club Chesham United in January 2014. He helped the Generals to reach the play-off final at the end of the 201314 season, where they were denied promotion by a 31 defeat by St Albans City.

In January 2015 Purse joined Conference National club Welling United at the same time as another ex-Pilgrim, Karl Duguid, signed for the club. However, less than two months later he moved on to Staines Town, answering a call from their manager and old friend Nicky Forster. Although Purse was unable to save Staines from relegation to the Isthmian League Premier Division, he was given a new contract for the 2015-16 season.

Greens on Screen is run as a service to fellow supporters, in all good faith, without commercial or private gain.  I have no wish to abuse copyright regulations and apologise unreservedly if this occurs. If you own any of the material used on this site, and object to its inclusion, please get in touch using the 'Contact Us' button at the top of each page. Search facility powered by JRank Search Engine. Hover facility courtesy of Milonic. UK time at page load: 29 November 2021, 20:19.