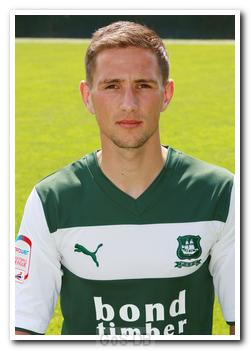 Hourihane began his career with hometown club Bandon before joining Douglas Hall AFC in Cork. His performances there led to a call-up to the Republic of Ireland schoolboy team and he later represented his country at every level up to under-21. A midfielder who could also play at left-back, he attracted the attention of several clubs, including Liverpool, Chelsea and Celtic, but in 2007 chose to join Sunderland, partly due to the presence of manager Roy Keane.

After completing a two-year apprenticeship at the Academy of Light he signed a professional contract and impressed for the academy and reserve teams. However, when offered a contract extension he turned it down and left the club without making a first team appearance. Citing competition for places as the main reason, he chose instead to pursue first team football at Ipswich Town, linking up again with former manager Keane.

Hourihane, who was also a talented Gaelic footballer and hurler, did not make a first team appearance during his first season at Portman Road but signed a six-month contract extension at the end of the 2010-11 campaign, new manager Paul Jewell wanting to evaluate him during the coming pre-season. Despite this he was allowed to join Argyle on a free transfer following a successful trial. Hourihane's first season at Home Park saw him become a regular member of the first team as he helped the club avoid relegation from the Football League.

Following the departure of Darren Purse to Port Vale and a change of management when Carl Fletcher was replaced by John Sheridan, the latter made Hourihane his captain - perhaps a surprising choice considering his comparative youth. Revelling as more of an attacking midfielder in a more successful side, in the 2013-14 season he appeared in all but one of the Pilgrims fixtures; the only game missed was due to him accumulating five bookings. He scored nine goals that season and provided a regular threat from free-kicks, including one in a memorable brace in Argyle's final game of the campaign, an entertaining 3-3 draw at Portsmouth's Fratton Park.

With 12 months still remaining on his contract, few that day could have foreseen that it would be his last game for the club, although it wasn't a surprise that his form attracted attention from a higher division. After two bids from Barnsley were declined, their manager (Danny Wilson, another successful midfielder) made a third bid, reported to be around £200,000 (though 50% of the fee would be paid to Argyle's creditors). The Argyle board of directors reluctantly accepted the offer and in June 2014, Hourihane duly signed for League One Barnsley on a 3-year contract. Commenting on his departure, the board released a statement to point out that they had been forced to accept the best deal offered because Hourihane was unwilling to renew his contract at Home Park and his age meant that he would have been entitled to leave on a free transfer, without compensation for the club, the following summer.

Hourihane spent a very successful two and a half years at Oakwell, which proved to be yet another stepping stone in his career. He played 135 times and scored 31 goals, with 2015-16 being his most successful campaign, culminating in two visits to Wembley: a win in the Football League Trophy and success in the League One play-off final, returning the club to the Championship. His performances bought wider attention, and after much rumour he signed a three-and-a-half year deal with Championship rivals Aston Villa during the January 2017 transfer window. Whilst the fee was recorded as 'undisclosed', some reports suggested it was £3 million, with Argyle expected to receive a consequential windfall.

Greens on Screen is run as a service to fellow supporters, in all good faith, without commercial or private gain.  I have no wish to abuse copyright regulations and apologise unreservedly if this occurs. If you own any of the material used on this site, and object to its inclusion, please get in touch using the 'Contact Us' button at the top of each page. Search facility powered by JRank Search Engine. Hover facility courtesy of Milonic. UK time at page load: 07 May 2021, 19:24.