Welcome to the sights, sounds and history of Plymouth Argyle Football Club

The Grandaddy (or just Gaddy) of Argyle sites 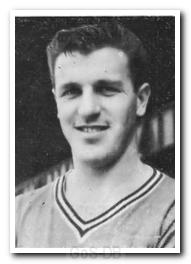 After beginning his career with London junior side Storey Athletic and playing for West Ham United as an amateur, Lill began his professional career as an ... more

Greens on Screen is an amateur website and proud of it. It is run by one person as a hobby, although Trev's help and support has been considerable and, since 2010, Andy Chapman's hard work and enthusiasm, especially his help with GoS-DB's pen-pictures, has given us a real boost. Then there's the match-day content, which would be much the poorer without the terrific contribution of a small band of photo-taking volunteers.

If you have any comments, criticism, bright ideas, spot any mistakes; even compliments, it's all very much appreciated.

Please write to us at feedback@greensonscreen.co.uk

102 new dates have been added to the database for 84 postponed and 18 abandoned matches since 1945, the latest ones occurring this season of course. These show up in the Decades-Seasons-Matches choices on the Match pages, and also in the Opposition pages. Good examples are in 1985-86 and 2000-01, the seasons with the most postponed games (6 each). The dreadful winter of 1962-63 also had a big impact, especially for the away fixture at Cardiff, which was postponed and then abandoned before finally being played in May (best viewed in the Opposition page for Cardiff).

You can click on any of the postponed/abandoned dates for some basic details, but there's one important thing to remember. All completed first-team matches in GoS-DB contribute to milestones, totals, averages, earliest, latest, lowest, highest, etc, etc, for matches, players, oppositions, competitions, and everything else I've forgotten to list; whereas postponed and abandoned games do not.

As was mentioned on Pasoti a few weeks ago, GoS has always included one abandoned game - the League Cup replay with Aston Villa in December 1960 - and that's because it appears in all Argyle record books, and they wrongly include this game as a contributor to player appearances and other stats. Due to its origins, GoS has done the same, which of course is wrong, so now the abandoned Villa replay joins the other 101 'for information only' games, and as a result, GoS's milestones and counts for the match and the 11 players involved have been amended, reducing the overall totals by one for the likes of Johnny Williams and Wilf Carter.

If you know of any postponed or abandoned dates that I've missed, please get in touch.

I was interested to learn about this knock-out competition recently - introduced in 1901 for selected Southern League clubs - but then shuddered when I discovered that Argyle joined in when the competition was expanded to 16 clubs in 1909. Unfortunately, none of the games are included in any of the Argyle record books, which is why GoS-DB has not included them - until now. 12 games from 1909-1915 have been added, together with as much detail as we can find, which fortunately includes Argyle's line-up for every one of them. So 12 new match records and 12 x 11 individual player records, plus the goals scored of course. For instance, most books (and GoS until now) say that goalkeeper Fred Craig is 4th on the all-time appearance list with 467 games. He remains 4th, but his total has risen to 472. One other consequence is a new Argyle player: J. Wright, a reserve team right-back, who was selected for one of those matches in 1913, so there's also a new player page for him.

Being so early in PAFC's history, the knock-on effect on match milestones is considerable: believe it or not, 650 milestones have been amended as a result. Two in particular are worth mentioning. We had said that the five players who made their Argyle debut on the opening day of the 2014-15 season shared the honour of being the club's 1000th first team player, but because of the new player in 1913, that honour now goes to Enoch Showunmi on 5 Apr 2014. Also, we thought that Argyle played their 5000th game in October 2015, at home to Exeter, but because of the combined effect of the Southern Charity Cup and the reallocation of the Villa replay, it was in fact against Portsmouth two months earlier (15 Aug 2015).

... which is all a bit embarrassing, but it also reflects what GoS-DB is: a complete record as far as we can discover, and that means that changes are always possible.

I've been staggered by your generosity! In the first 24 hours my immediate target has been reached, so thank you so much. However, I'm going to keep the donations button available for people who would still like to make a gesture to GoS - if you see what I mean! That will also allow me to build up a fund that means I won't need to come back to you for a couple of years, and if there is then any excess, I promise that will go to the club, in one form or another.

Ever since it's first appearance in 1999, Greens on Screen has been free to access, and I am determined to keep it that way. You probably realise that I've avoided any form of advertising, partly because I don't want any commercial association with the material, but mainly because adverts on web pages detract from the content - and they're so annoying!

But GoS is not free to produce or maintain, and without income from adverts, I've asked for donations in years gone by. There have been so many calls on your generosity in recent times, so I haven't asked for help for quite a while, but unfortunately the time has come when I need to rattle the GoS tin again.

So if this is a bad time for you, please ignore me. If you feel you can help, however small that might be, thank you so much.

And just a couple of things I should add:

If you make a donation, please understand that it is a voluntary gesture to help cover on-going costs. It implies no benefit on your part, or obligation on mine. For instance, if I decide to scale down (or even end) Greens on Screen at any time in the future, that's simply the way it is.

You should also be aware that 3.4% + 20p of your donation is paid to PayPal for the cost of the service.