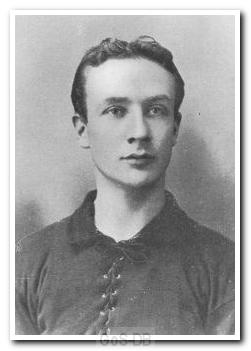 Came from: Defiance   Went to: Retired

Black was born in Torpoint in 1881 and played for local sides Torpoint Triumph and Defiance for several seasons before joining Argyle FC in 1901. He played for Argyle's Wednesday side prior to the club turning professional and also represented Devon County many times. An engine-fitter by trade, Black remained with Argyle as an amateur after the club turned professional and played regularly for the reserves, helping out the first team when a need arose at the full-back position.

In 1906 he played for the New London Pilgrims on a tour of Austria and Hungary, alongside Clifton Pethick, and the 1906-07 Argyle handbook describes him as "an amateur back far above the ordinary. Keen, dashing and plucky, possessing a thorough knowledge of the full-back game". Commonly known as 'Dai', Black signed on as a professional in 1907-08 and continued to serve the club until the outbreak of war in 1914, although his final first team appearance had come more than three years earlier.

Greens on Screen is run as a service to fellow supporters, in all good faith, without commercial or private gain.  I have no wish to abuse copyright regulations and apologise unreservedly if this occurs. If you own any of the material used on this site, and object to its inclusion, please get in touch using the 'Contact Us' button at the top of each page. Search facility powered by JRank Search Engine. Hover facility courtesy of Milonic. UK time at page load: 17 May 2021, 17:27.