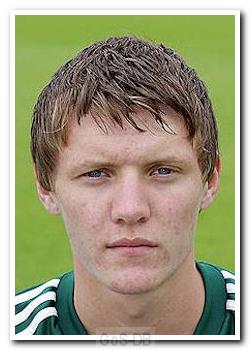 Mason, a Plymouth-born product of Argyle's Centre of Excellence, was a regular goalscorer for the youth and reserve teams before breaking into the first team squad at the beginning of the 2009-10 season. He represented the Republic of Ireland at both under-18, under-19 and under-21 levels, qualifying to play for them through his mother.

After making his Argyle debut in December 2009, he played regularly throughout the rest of the season, often as a substitute, and showed enormous promise. The following campaign saw Mason become a regular member of the first team and although his goalscoring record was not as prolific as hoped, he still attracted the attention of many clubs. During the January 2011 transfer window he turned down a move to Swindon Town, but transfer rumours continued for the rest of the season. In July 2011, amid Argyle's financial crisis, he was sold to Cardiff City for a reported £250,000 fee.

Mason capped an impressive debut season for the Bluebirds by scoring a sublime opening goal against Liverpool in the 2012 League Cup Final at Wembley Stadium. With 12 goals in all competitions in his debut season, Mason was voted Citys Young Player of the Year and signed a new contract extension to keep him in the Welsh capital until 2016.

In mid-November 2013 he was loaned to Championship side Bolton Wanderers until January, although due to injuries, Cardiff manager Malky Mackay then back-tracked on the deal and the striker stayed in South Wales despite having travelled up to Bolton to train with them on the previous day. Mason did finally move to the Reebok Stadium at the end of November once Cardiff's injury situation had cleared up. He returned to Cardiff at the end of his first loan spell but re-joined Wanderers in February 2014 on a two-month loan.

Having returned to Cardiff for the end of the season, it was announced in August 2014 that Mason would be returning to Bolton for a third time, this time on a season-long loan for 2014-15. In September he scored a second-half hat-trick to earn Bolton their first win of the campaign at home to Rotherham United; it was the first hat-trick scored by a Bolton player in a competitive match since 2002. In January 2015 his loan was terminated by mutual agreement as Cardiff's new manager Russell Slade decided he wanted a closer look at the squad he had inherited following the dismissal of Ole Gunnar Solskjaer in October 2014.

In January 2016 Mason moved to Wolverhampton Wanderers for an undisclosed fee (reported to be in the region of £3 million), signing a contract until the summer of 2019. The good news at Home Park was that Argyle would benefit as a consequence. Despite being sold whilst the club was in administration, a sell-on clause, believed to have been 15%, was agreed at that time, although, as with all unexpected income until the club's debts had been paid off, 50% of it would go directly to its football creditors.

Over the following season and a half, Mason clocked up 39 appearances and seven goals for Wolves, but then, following a change in management, found it hard to break into the match-day squad. Towards the end of August 2017 he was loaned to fellow Championship side Burton Albion until January 2018. Having scored once in five appearances for the Brewers, he was then loaned to Major League Soccer side Colorado Rapids until the end of the 2018 MLS season.