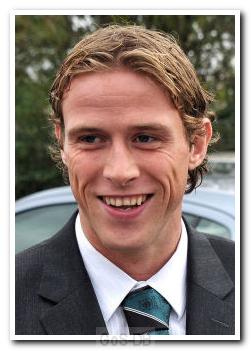 Came from: Aberdeen   Went to: Released

Elgin-born Clark joined his local club Aberdeen at the age of 13 and made his debut as a teenager in the 1999-2000 season before establishing himself as a regular. A proven Scottish Premier League performer and Scotland B international, Clark joined Argyle for a fee of £200,000 from The Dons, where he had already made over 230 appearances by the time he was snapped up by Paul Sturrock in January 2008.

He played mostly in midfield, but also both full-back positions when required, and was renowned for his work-rate and commitment. Despite never being a prolific scorer, his goal on his Argyle debut in January 2008 was especially notable: in the FA Cup Fourth Round, not only did he give the Pilgrims the lead against Premier League Portsmouth, but it was the only goal that Pompey conceded in their impressive FA Cup-winning journey that season, and the only time that the Hampshire side went behind (for 29 minutes) on their way to lifting the trophy.

Clark's versatility might have led to a false impression, as far as of his impact on the team was concerned, but the underrated player remained an important and consistent member of the side throughout his time at Home Park. Unfortunately, his career in England coincided with Argyles downward spiral into administration and two miserable consecutive relegation campaigns. He missed the final two months of the 2010-11 season with a knee injury and with his contract coming to an end was released following Argyles demotion to League Two.

Soon after he returned to Aberdeen on a three-year deal, choosing Pittodrie over a move to Kilmarnock, so arriving back at a club that has seen many ex-Pilgrims on its books in recent years, including Rory Fallon, Yoanne Folly, Kari Arnason, Jim Paterson, Steve MacLean, Russell Anderson and David McNamee.

He struggled to hold down a regular spot towards the end of his second-spell at the Dons and was released in the January 2014 transfer window. He signed for Highland League Cove Rangers the following month, whose chairman hailed Clarks capture as one of the biggest in the clubs history.