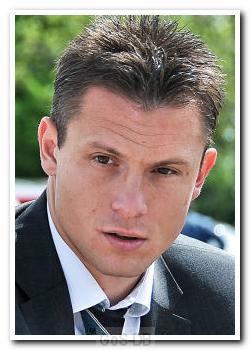 A big, powerful central defender, Timar joined Argyle on loan from Ferencvaros, having also played for Nyiregyhaza, Tatabanya, Videoton, BKV Elore and MTK Budapest in Hungary and Jokerit in Finland. After impressing in his loan spell, he made a permanent move to Home Park and in his first full season at the club, became an automatic choice at centre-back and was voted Player of the Season. He ended the campaign as captain, agreeing a contract extension and making his full debut for Hungary.

After suffering a horrific head injury at Wolves in the final game of the 2007-08 season, he recovered in time for the start of the following campaign but could not win a regular place in the starting line-up due to the form of Marcel Seip and Craig Cathcart. He again found himself on the fringes of the first team in 2009-10, and took up the opportunity of a loan spell at Oldham Athletic. However, in just his second game for Oldham he suffered a serious hamstring injury and missed the rest of the season.

Another frustrating campaign followed with Timar beginning the season in Peter Reid's side, but he soon fell out of favour and was barely able to gain a place on the bench despite the threadbare Home Park squad. With his contract at an end he was released at the end of the 2010-11 season. After an unsuccessful trial with Bristol Rovers under their new manager Mark McGhee  ironically the Wolves manager at the time of his injury with Argyle  Timar then opted for a lifestyle change when he signed for Vietnamese V-League club SHB Da Nang, where he played 21 times and scored twice. In 2013 he returned home to join Hungarian side BFC Siófok.