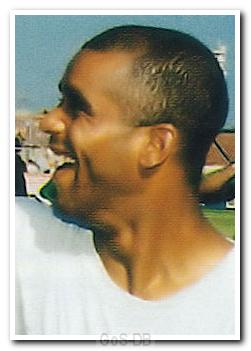 Most clubs have tried their luck at plucking prolific strikers out of non-league football in the hope of a cheap source of goals, and Argyle are certainly no different. Richard Landon and Neil Illman had already failed to make a lasting impression at Home Park when Mick Jones snapped up Padi Wilson from Ashton United.

The burly Manchester-born striker never really looked the part, despite scoring twice in his 15 appearances, and he failed to displace senior strikers Adrian Littlejohn, Carlo Corazzin and Earl Jean. He was allowed to join Doncaster Rovers in January 1998, but his most notable contribution while a Rovers player was to be arrested for driving while under a ban. He later signed for non-league Droylsden - for whom he was arrested on the pitch for failing to complete a community service order.

I will always remember him scoring a cracking goal at Carlisle which made our 24 hour round trip worthwhile that day.