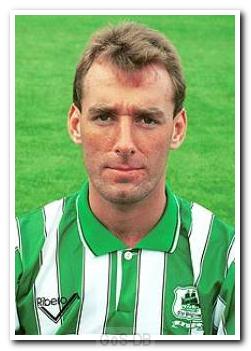 Signed from Bristol City in 1990 for £110,000, the big striker enjoyed a fruitful first campaign at Home Park - scoring 14 league goals for Dave Kemp's second-tier strugglers. The signing of targetman Dave Regis in November 1991 saw Turner make a successful transition to centre-back, but a broken leg sustained at Ipswich Town just days before the appointment of Peter Shilton in February 1992 left him facing an uphill battle to secure the affections of his high-profile new manager. In the end, it wasn't his injured leg that froze him out of Shilton's plans. Turner enjoyed baiting England's record caps holder: referring to him as a "sack of potatoes" in shooting practice and deliberately talking to blackballed journalists right under the boss's nose. He made just two appearances under Shilton before being shipped off to Notts County.