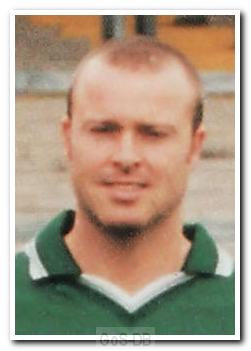 Born in Plymouth, Taylor slipped through Argyle's net and ended up on the books of Devon rivals Exeter City. However The Grecians did not forsee a future in the game for the young centre-back, and he was allowed to join non-league Dorchester Town. His stay in Dorset was a short one, though, and he was snapped up by Swindon Town in April 1997 for £25,000. Despite making 58 appearances for The Robins, Taylor was allowed to join Argyle on loan in the autumn of 1998, and he made the switch permanent the following summer for a fee of £30,000.

The 25-year-old was a regular at the heart of Argyle's defence in the 1999/2000 season, and survived the sacking of Hodges early in the following campaign to establish himself under new boss Paul Sturrock. However, Sturrock snapped up Graham Coughlan in the summer of 2001 to partner Paul Wotton at the back, and Taylor's days at Home Park were numbered. He was allowed to join Torquay United on loan in February 2003, signing on a permanent basis at the end of that season. He went on to make almost 130 appearances for The Gulls before being released in 2007.