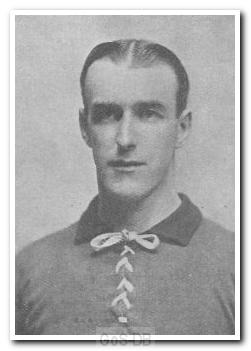 Came from: Heart of Midlothian   Went to: Blackpool

Stirling was born in Glasgow in 1883 and began his career with Heart of Midlothian. An extremely versatile player, he was said to have "played in every position on the field, with the exception of goal", according to the 1907-08 Argyle handbook. After moving to Home Park in the summer of 1907 he played sporadically at outside-right before moving on at the end of the campaign to join Blackpool, his last recorded club.

Robert, following what appears an unsuccessful trial with Scottish club Morton in August 1909, found himself signing for Millwall the following September. This arrangement was to last until the end of the 1909/10 season, in which Robert appeared in 16 games and scored twice for the Lions.