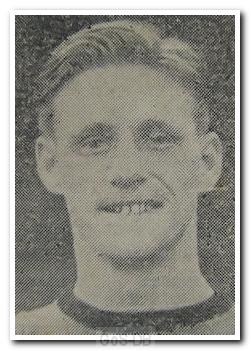 Plymouth-born Smith joined Argyle during the first season of post-war football, having played alongside his brother Jack at Plymouth United. He was then allowed to leave the club and spent a season each at Reading and Northampton Town before making his mark at Birmingham City. A versatile player, he could line-up at either wing-half or inside-forward and also played at full-back later in his career. In almost three years at St Andrews he played over 50 games and this led to a move to Blackburn Rovers, where he spent eight seasons and helped the club win promotion in 1958. He ended his career with a stint as player-coach at Accrington Stanley, retiring when Stanley resigned from the league in 1962.