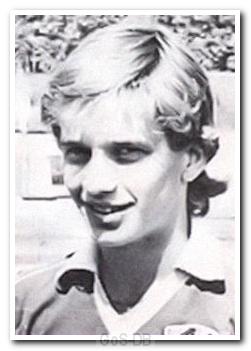 Smith was a Cornish full-back, born in Redruth in September 1963. He served his apprenticeship with Bristol City, but found first team opportunities hard to come by, making just one start for the Ashton Gate outfit and coming off the bench four times. Moving into non-league football, he played for Exmouth Town before joining Argyle on a non-contract basis in March 1984. His first game in green was a disastrous 5-0 defeat by Oxford at the Manor Ground in March 1984, and his fourth and last was just 10 days later, a 1-1 draw at Wigan. He later moved to Newcastle Austral in Australia, who were coached by former Argyle striker Mike Trebilcock.