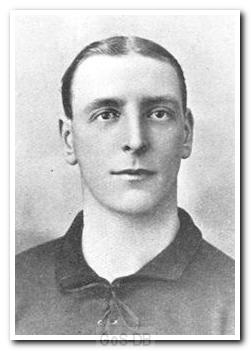 Smith was born in Preston in 1879 and played youth football in his hometown for Leyland. In 1899 he signed for Preston North End and made 28 appearances at half-back for the club over the next two years. When Preston were relegated at the end of the 1900/01 season he was released and had a short spell with Aston Villa.

In 1902 Smith joined New Brompton and a move to inside-right saw him score ten goals in 30 matches. This form led to a transfer to Blackburn Rovers and over the next three seasons he played 58 times for the club. In the summer of 1906 he moved to Home Park and was a consistent performer in his only season with Argyle, the club handbook stating that he "knows when to play a close or open game, is a fine shot and an untiring worker".

In 1907 Smith joined Southampton and scored five goals in 21 games, also helping the team reach the semi-final of the FA Cup where they lost to Wolves despite Smith having a 'capital game'. On July 3rd 1908, just a few weeks after getting married, George Smith suddenly collapsed and died of pneumonia, having been ill for a few days.