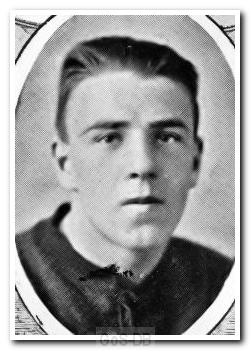 Prior to signing for Argyle, Sloan played for Scottish side Shieldmuir Celtic, where he was spotted by Robert Jack. A luxury player in his day, he was blessed with wonderful technical ability but was held back by perceived laziness. Sloan made a relatively low 200 appearances for the Pilgrims in his 13 years with the club, but a stunning individual effort against Tottenham in 1933 became the stuff of legend. After leaving the club he played for Luton Town, and then returned to Home Park as a member of the groundstaff.

Greens on Screen is run as a service to fellow supporters, in all good faith, without commercial or private gain.  I have no wish to abuse copyright regulations and apologise unreservedly if this occurs. If you own any of the material used on this site, and object to its inclusion, please get in touch using the 'Contact Us' button at the top of each page. Search facility powered by JRank Search Engine.Milonic UK time at page load: 22 January 2021, 19:14.