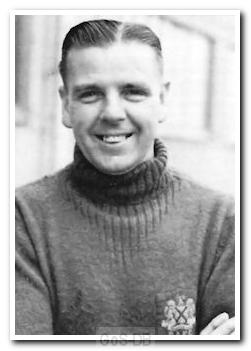 Came from: Chester   Went to: Retired

Born in Wrexham, Shortt started his career with Cheshire side Hoole Alexandra in the Chester and District League whilst also working as a butcher's errand boy. He progressed to Chester City as an amateur in May 1938 and shortly after was loaned to Wellington Town (the club changed its name to Telford United in 1969). Being third in the pecking order, he had no chance to make a first team appearance for Chester before the outbreak of war, although he did play regularly for them during the conflict as well as guesting for Argyle in the 1945-46 Football League South season, when he was stationed in the area with the Army. This was a particularly useful arrangement for the club because Argyle's first choice goalkeeper, Matt Middleton, faced a long trip to play on a Saturday after a full week's work in the Derbyshire coal mines. In all, Shortt played 18 times in that transitionary season in which the club conceded a remarkable 120 goals in 42 games, so he never saw a lack of action.

After just four games as a guest, Shortt had impressed enough for Argyle to seek a permanent transfer, and in February 1946 Chester agreed a £1,000 fee, marking the start of a decade as Argyle's first choice 'keeper. He was not the imposing physical presence that you expect to see in a goalkeeper, but he made up for a lack of stature with his dependability. Bill did sometimes struggle with rotundity  perhaps exacerbated by the lack of height  and in 1951 the Argyle trainer put him on a diet of "foam baths, dieting and hard training". It worked and he was soon back to his best. He was a master at dealing with crosses and commanded his area with great assurance and confidence, one writer describing him as "a man who picks the ball out of the air like cherries off a tree". His performances for The Pilgrims went on to earn him international recognition with Wales and he won 12 full caps from 1947-53 including one against England at Wembley and a Home International Championship win in 1950-51. He was a member of Argyle's Division Three (South) championship side of 1951-52, playing 44 times that season, before suffering the disappointment of relegation in 1955-56, which proved to be his last season at Home Park.

After over 350 appearances he called time on his Argyle career, but played for Wadebridge and Tavistock before calling time of another sort, becoming landlord of the Duke of York in Tavistock and then the Golden Hind in Manadon, where he pulled pints for 26 years. When Plymouth celebrated the 50th anniversary of its Charter granting City status, Bill and his wife were delighted to be invited by the Council to a celebration dinner with HRH The Duke of Edinburgh on 22nd February 1979 at The Guildhall. His invite was one of a few to "Plymothians that have achieved national or international eminence". Bill was later awarded a benefit match by the club in 1985 when a game between Plymouth Argyle Veterans and a local Team Insurance side ended with an 11-3 win for the ex-professionals. Bill remained in the area until he passed away on 20th September 2004, a month short of his 84th birthday and the same day as another football legend, Brian Clough.

Greens on Screen is run as a service to fellow supporters, in all good faith, without commercial or private gain.  I have no wish to abuse copyright regulations and apologise unreservedly if this occurs. If you own any of the material used on this site, and object to its inclusion, please get in touch using the 'Contact Us' button at the top of each page. Search facility powered by JRank Search Engine. Hover facility courtesy of Milonic. UK time at page load: 23 April 2021, 04:01.