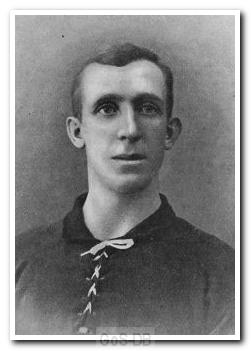 Saul was born in Rotherham in 1881 and began his career with local side Thornhill United, a forerunner of Rotherham United. In 1901 he joined Gainsborough Trinity and over the next three years played 68 times for the club, scoring eight goals.

In May 1904 he moved to Home Park and was virtually ever-present in the team over the next two seasons. Described as a versatile, yet safe player, he could play at either full-back or half-back and the 1905-06 Argyle handbook describes him as "the apostle of backs and half-backs, but a better back than half. He does not believe in doing things by half, neither did the management when they played Percy at back. Must continue to improve, no retrograde movement here. Please note!"

Such was Saul's impressive form that he was much in demand, and he was reluctantly sold to Liverpool in 1906. Over the next three seasons at Anfield he played 83 times before finishing his career with short spells at Coventry City, Rotherham Town, and his re-named former club Rotherham County.