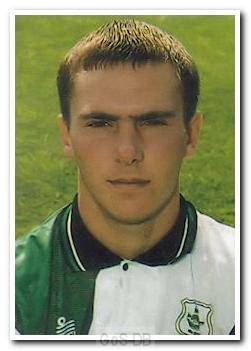 A trainee striker who emerged during Peter Shilton's spell as manager, eventually making his debut under Neil Warnock in an Auto Windscreens Shield fixture. The imposing local lad made two more substitute appearances for The Pilgrims, both in the low-key surroundings of the Auto Windscreen, and was eventually released to try his luck in local football.

Richardson went on to score prolifically in the South West football, playing for Tiverton Town, St Blazey, Polperro, Liskeard Athletic, Launceston and St Austell amongst others.