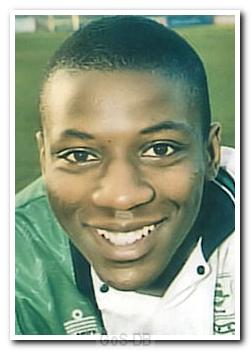 Chris Billy's football career began at his hometown club Huddersfield Town in 1991, whom he helped gain promotion by winning the Division Two play-offs in 1995. Shortly after he followed Neil Warnock to Argyle and quickly established himself at Home Park for his consistently solid displays in the heart of midfield. Despite his attacking instincts, Billy failed to score many goals, but he did create plenty of opportunities for others. He was a vital component in the promotion winning team of 1996, and then had a brief spell with Notts County before a five-year stint at Bury began in 1998, again signed by Warnock. The subsequent four years were spent with Carlisle United. His twilight years took him to Halifax Town and Farsley Celtic before retiring at Ossett Town.